Products Back to products 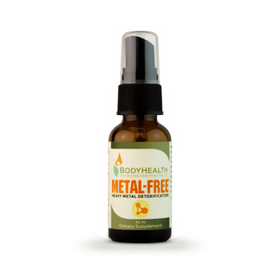 Available only to clients under RHHP coaching guidelines.

This is a culture of bacteria involved in a microfermentation process with algae and the following nutrients. Certain nutrients from the culture are then extracted and filtered using a four-step process.

Peptidylgluconase is an enzyme with binding properties produced by the lactobacilli during fermentation. It is also involved in glucose metabolism.

Glycine is a component of a vital bile acid, and along with glutamic acid and cysteine, makes up glutathione, a free radical fighter and key detoxifier of the liver.

An ionic mineral is an element that has either positive or negative charge. Ionic minerals are part of a process that allows the body to facilitate changes that move nutrients to the areas that need them. The body relies on ionic minerals and trace elements to conduct and generate billions of tiny electrical impulses. It has long been known that the blood contains the same minerals as are found in seawater.

Silica is found in every living substance on earth, and is a vital component to the health and regeneration of human cells. It is a basic constituent for proper body function and a key element in the following body components: the lungs; the spleen; the lymph nodes; the blood; connective tissues; the nails; the hair; the skin; the skeletal system (bones); the blood vessels; cartilage and tendons.

Glutathione is a small peptide that dumps free radicals as well as being an antioxidant, heavy metal detoxifier, protector of red blood cell integrity and a transporter of various proteins. It also helps to regenerate vitamin C.

Hyaluronic acid is a natural substance with physiological therapeutic activity. It is a highly viscous substance with numerous biological functions that is found in a variety of body tissues. In the body, it is part of a jelly-like complex necessary for transportation of essential nutrients from the bloodstream, via the capillary network, to the living cells of the skin.

Fulvic acids are excellent natural chelators and are vitally important in the nutrition of cells. Ferulic acid is an organic acid, and its major physiological role is likely to be its potent antioxidant and photo-protective function. Lipoic acid has been used for many years to protect the liver and to help detoxify the body of heavy metals, such as excessive copper and iron and toxic metals such as cadmium, lead and mercury.

Numerous studies have been done on chlorella's detoxifying effect on cadmium, heavy metals, PCBs and chlordecone (a harmful insecticide).

N-acetylcysteine (NAC) is a powerful antioxidant and a powerful tool in maintaining immunity. It also can detoxify heavy metals such as mercury, lead and cadmium.

*Chlorella: Metal-Free has been analyzed by King James Medical and Doctor's Data laboratories for mercury contamination (as well as other heavy metals) and was shown to be free of such contamination.
Food supplements must not be used as a substitute for a varied and balanced diet and a healthy lifestyle.

If you are pregnant, breastfeeding or taking any medications, please consult a doctor before use.

Discontinue use and consult a doctor if adverse reactions occur.

Keep out of reach of children. Refer to individual label for storage instructions. Do not use if seal under cap is broken or missing. This product is not intended to diagnose, treat or cure disease.